In a festival as big and complex as Le Guess Who?, some setbacks are perfectly understandable. Unfortunately, a misunderstanding between Insect Ark and the organisers made their traditional set the resulting casualty. Kargadoor‘s lack of conditions/sound isolation made it impossible for the duo to play as loud and crashing as they usually do and so they decided to do something different. With Dana Schlechter now accompanied by Taurus‘ Ashley Spungig (since January 2015, in fact) we had the pleasure to be presented with a one of a kind experimental improvisation by the outfit that felt as immense as their usual show and fulfilled all our expectations for a great doom/drone show. Back at the main venue, on the Pandora stage, Detroit’s own unpretentious post-punk satyrs Protomartyr completely destroyed our hopes and dreams in one of the best shows of the weekend. Joey Casey is truly unique, and his cynical-inquisitive-slightly-intoxicated-stand-up-comedian attitude is the perfect balance for the fresh and almost joyfully young presence of his band mates, translating perfectly the feeling we get when listening to their repertoire. Presenting their most recent album, “The Agent Intellect”, songs like the new single “Why Does It Shake?” blended perfectly with their older work leaving behind any stylistic differences we might have noticed during their (still) short career. [ES] It’s only fitting for a band such as Utrecht’s Terzij De Horde, whose name means something along the lines of “apart from the horde”, that the celebration of the release of their first full-length “Self” took place the way it did, during a festival with a myriad of acts and venues such LGW?, but in the most isolated one of them all, thus ensuing those who went there indeed stood apart from the horde of festival goers filling the city centre and most likely refrained from too much stage hopping during this special event. Befitting the overall feel of the festival, they were joined by three black metal related acts whose take on the subject matter is completely different from one another. First up were Nefast, a rather young trio from the region. Their first full-length “Discomfort” might be too all over the place for some palates but one cannot deny there’s a certain sense of originality and a drive to create something new permeating it. With the LGW? performance consisting exclusively of new material, one would hope those hints would condense in some more cohesive and well-rounded music and that’s exactly what happened. It’s not that they’ve suddenly decided to follow traditional song structures or anything, but it seems that they’re more comfortable exploring their weirdness until the end without losing focus. Let’s put it like this, we went from being mildly curious regarding their next release to actively looking forward to it.

Following them was Laster, who seem to have a bit of bad luck with DB’s – the first time we saw them there the guitar amplifier kept crashing suddenly and this time there were some sound problems with feedback pouring down during the whole show. Despite the issues, the band was their usual mesmerizing self on stage and we were allowed a noise laced peek at the trio’s future, as three-quarters of the set are yet unreleased. It might go something like this: take their last “De Verste Verte Is Hier” with its particular shamanic take on old European atmospheric black metal and paint it purple, i.e. that first song didn’t sound too far from a much harsher version of A Pregnant Light. Something to be confirmed in due time. As luck would have it, 2015 turned to be the year where not only one our favourite bands started to playing live but we got to see them play a bunch of times, seemingly getting better in each occasion. We’re talking about Gnaw Their Tongues, whose LGW? apparition was the perfect combination of everything that had been right at Roadburn and Amplifest before. As we discussed with Mories not too long ago, the former was plagued with sound issues due to the lack of a soundcheck and while it was a fucking awesome black pit of a show, the vocals were barely audible. When we saw them in Porto with a much cleaner sound, it became apparent that the combination of harsh screaming and deep growls is truly something to behold on a live setting. What happened at DB‘s was a combination of the hellish soundscapes of the first time with the vocal clarity and grandiosity of the latter, thus more than justifying by this time our decision of sticking with the special event for the evening. 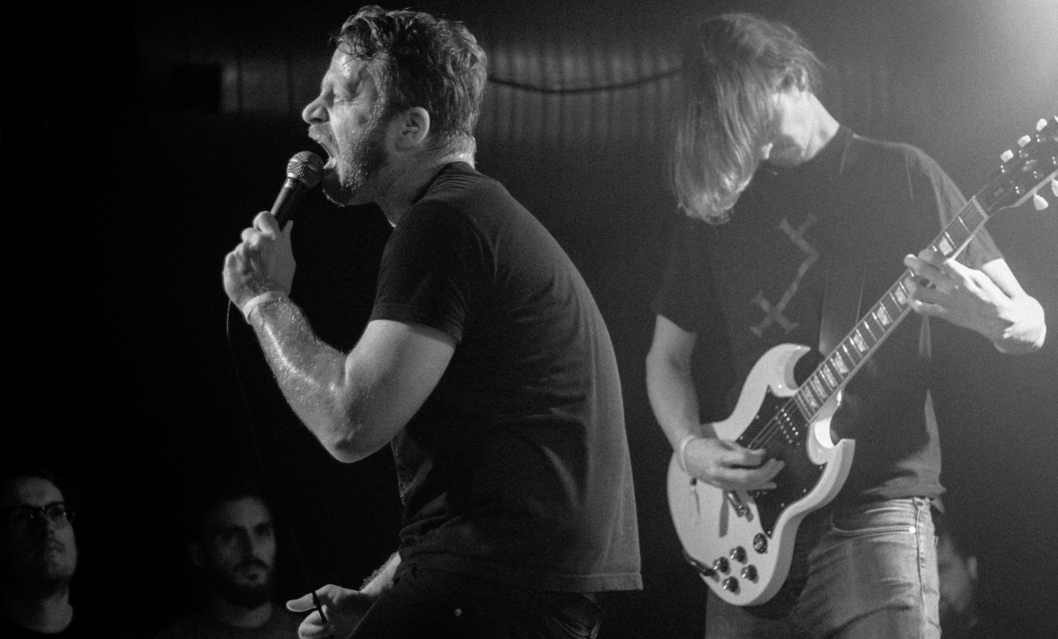 Truth be told, when we left DB’s to still try and catch some of the Tivoli’s performances, there were perhaps three things on our mind: the great shows by Gnaw Their Tongues and Terzij De Horde and how well it all went with MOLOCH, a beer specially brewed for the occasion by Utrecht’s Brouwerij Maximus and Terzij De Horde. A clear success, one might add, given the empty taps by the time the authors of “Self” took the stage with a vengeance. If you’ve never had the luck of catching these five Dutchman live, it’s not like they’re jumping off or doing something particularly noteworthy and yet it’s always intense, as they seem able to always get in the right mood and give themselves entirely to their music. With a performance almost entirely dedicated to their new record “Self”, it’s hard to pick a specific highlight and so we’ll go with the surprise of the night, a charged rendition of their single “Wacht / Lex Barbarorum” released to accompany the book “A Crooked Flower in Cosmos’ Flailing Mouth”. That and the “Turn inward!” non-miked screams of bassist Johan, who makes quite the frontman duo with singer Joost. 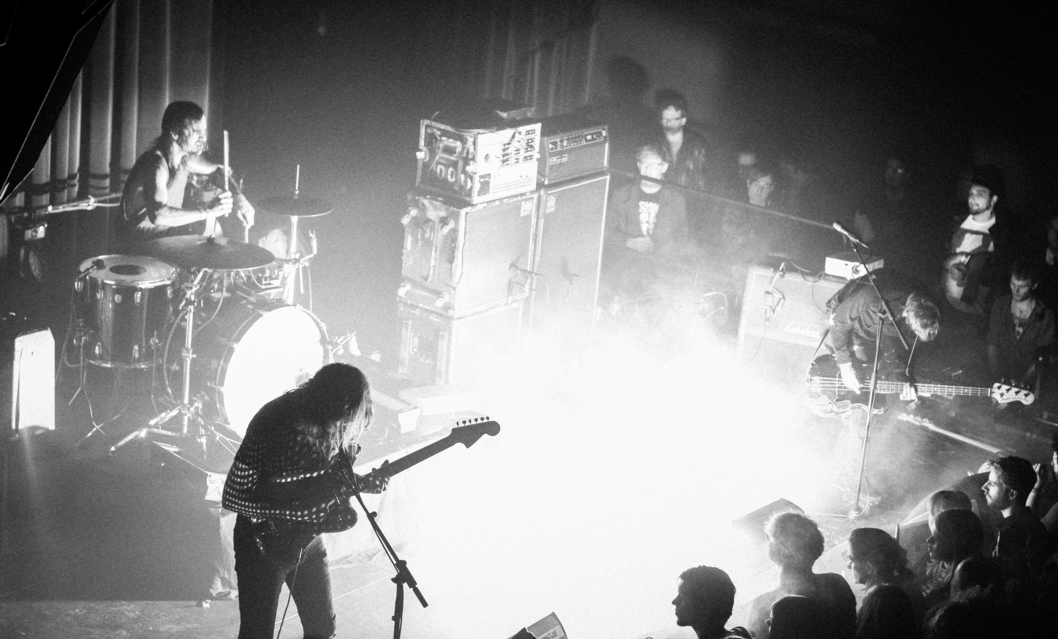 A Place To Bury Strangers

We could finish this text by going on about how there should be now way in hell to call A Place To Bury Strangers the loudest band on earth with a straight face when there exist bands like Sunn O))) going about their business or how despite the hyperbolic epithet the American trio delivered a heck of a tight, loud and energetic show. Instead of that, we’ll just focus on the question marks, the symbol of the festival which appeared on the walls of all the stages and outside the doors of the different venues (actually a quite useful mechanism for people to find their ways when they’re still new to the city). We get it, branding and whatnot and it does provide a cohesive look to the whole event, so let’s get to the actual point: it’s kind of a shame that a good part of the balcony of the Pandora room had its view of the stage obstructed due to a big hanging question mark. That this and the occasional sound problem were actually the biggest flaws in a festival of this size and with the variety and quality of the performances we witnessed speaks volumes, but being such a simple thing to fix means it shouldn’t go unmentioned.